I did an oopsie.

Someone mentioned that when they destroy a certain amount of obj_lightObj's, the game crashes. I quickly found the culprit and it turns out it was a single line of code I forgot to change. I have uploaded a new version of the 'Object Fall Down' project with the fix included, but if you don't want to go through the hassle of re-downloading the project, then here's a quick tutorial on how to fix it  yourself:

How to fix the bug:

What the 5th code-line looks like before the fix. 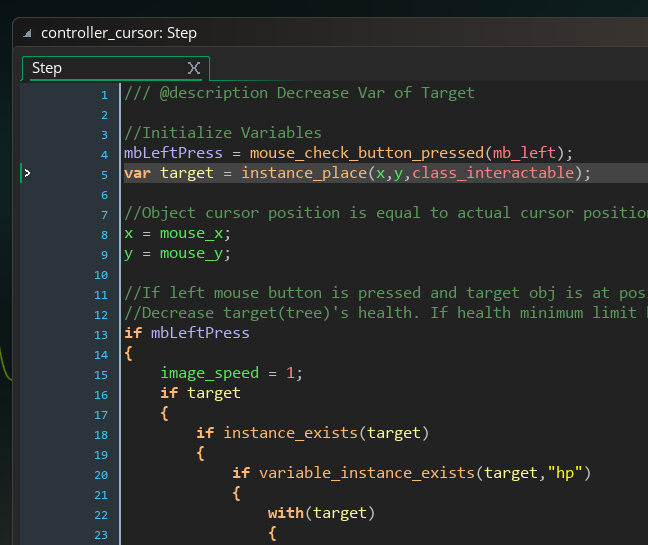 What the 5th code-line should look like after the fix.

If you have followed all these steps your project should be working now and no more crashes will occur no matter how many obj_lightObj's you destroy. Of course I can't speak for any changes you made to this project yourself. If you experience more bugs or crashes and you're sure it is not by your own doing, please let me know how and what went wrong and I'll fix it as soon as possible.

Thank you for your patience!

Make objects fall to left or right and may crush colliding objects.